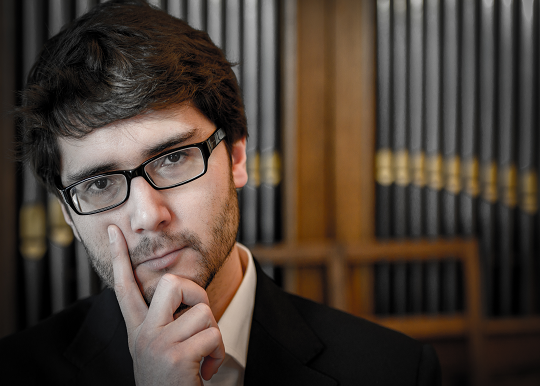 Was born in La Coruña (Spain) in 1986, city where he began his musical education at the age of nine. In 2007 he got into the Superior Conservatory of La Coruña, where he finished the bachelor in piano in 2010 with the highest grades. He was studying from September 2009 to February 2010 at the Akademia Muzyczna of Kraków (Poland) with Maestro Andrzej Pikul, in the frame of the Erasmus program. He finished the Master Degree in piano at Codarts University of the Arts (Rotterdam, The Netherlands) in June 2013, under the direction of Jean-Bernard Pommier and Jose Nuñez Ares, with a scholarship from the prestigious foundation Pedro Barrié de la Maza. Moreover he had been studying piano with professor Mercedes Goicoa between 2000-2011 and composition with the composer Anton Garcia Abril between 2005-2011. He has also received piano masterclasses from renowned pianists such as Julius Andrejevas, José Ramón Méndez, Lars Vogt and Kathryn Stott and composers such as Albert Sardà, David del Puerto, Eduardo Soutullo, Hans Koolmees and Peter- Jan Wagemans.

He is currently combing his activity as pianist and composer with the work as Artistic Research Coach at Codarts University for the Arts (Rotterdam, The Netherlands).